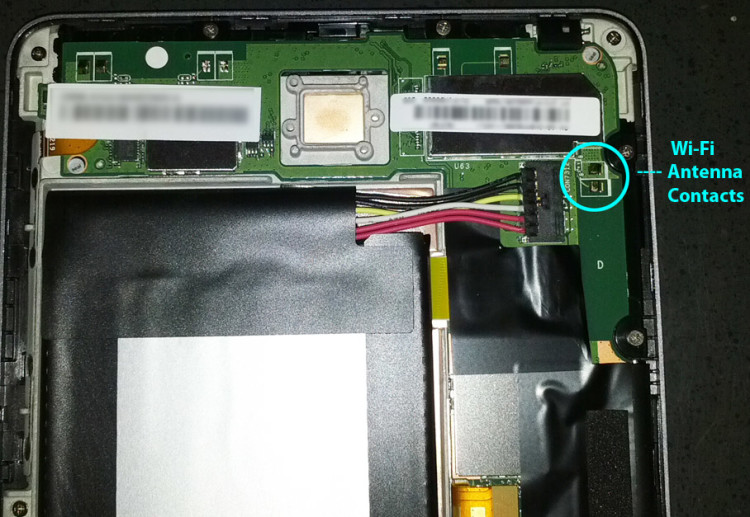 The circled Wi-Fi contacts connect to a Wi-Fi antenna on the back cover of the device.  The goal is the shield the PCB directly below this antenna to block it from radiant EMI. 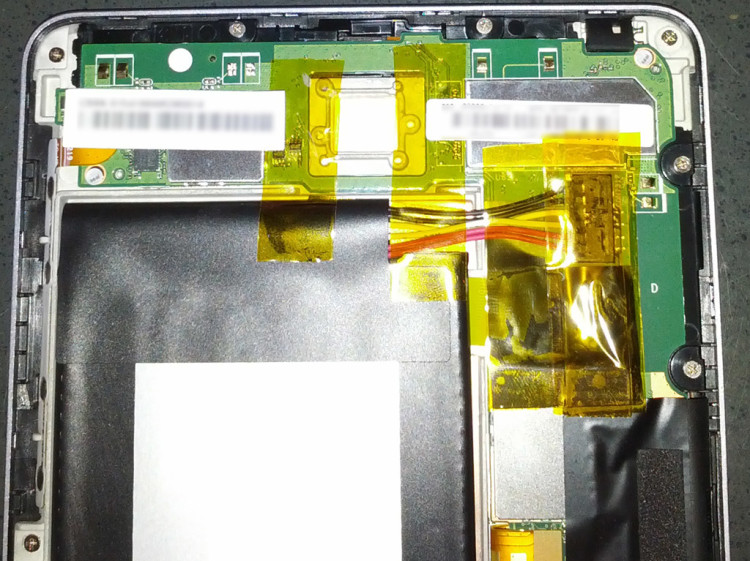 I insulated parts of the board that could make electrical contact with the shield using Kapton tape. 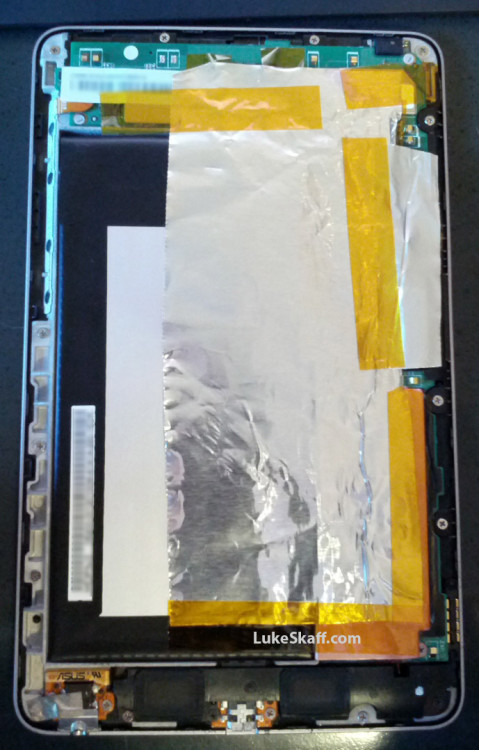 I was out of copper tape so I used aluminum foil, not the greatest thing but it works.  Make sure you tape the shield to the metal shields on the top of the PCB to make electrical contact and ground the shield.  The downside to this modification is it reduces your Wi-Fi signal strength but was something I was willing to trade to get rid of the flicker.

This is not my video but demonstrated the screen flicker issue to those who do not have it.